All Posts Watch Out for Wearables: Google I/O Recap

Since 2008, Google I/O has been a developer’s conference, a venue for launching APIs, toolkits, and operating systems. 2014 was different: Google announced I/O’s first ever “design track,” and they invited Sliced Bread to come take a look. So Mia, Julie, and Molly spent two days fiddling with multi-device interactions, squinting at watches, debating colors, fonts, and animations, and talking shop at the Moscone Center in downtown San Francisco. Read on for their conference takeaways, their new favorite techniques, and one thing Google needs to do in order to keep attracting designers to I/O. 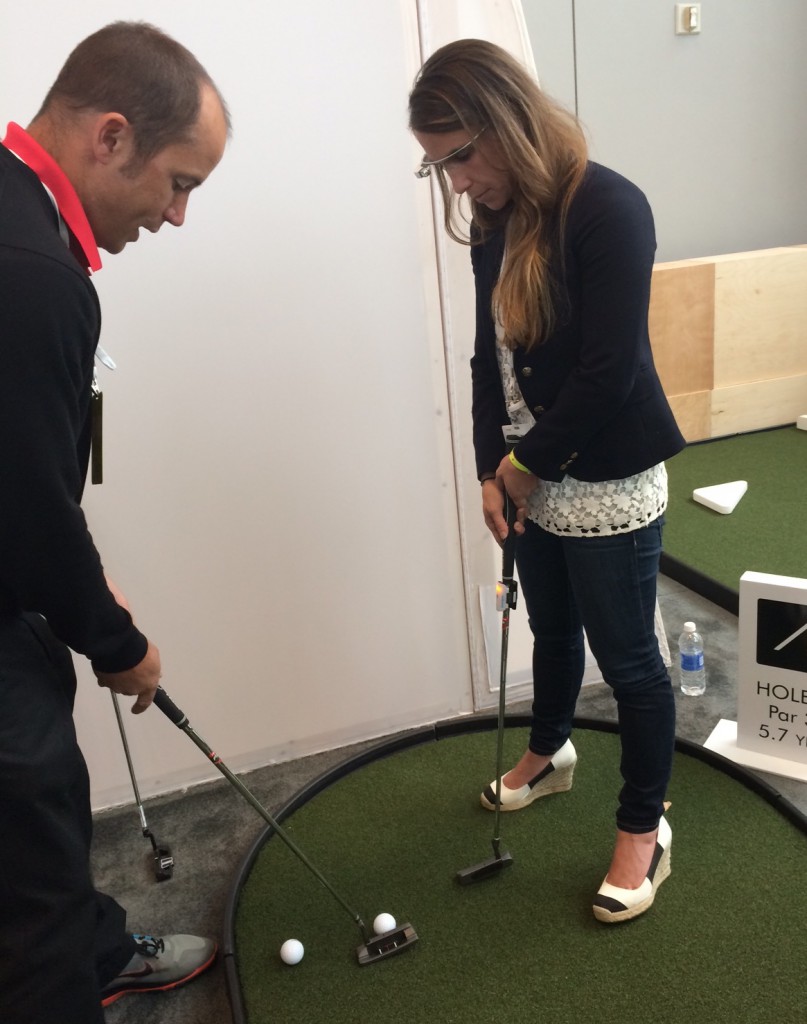 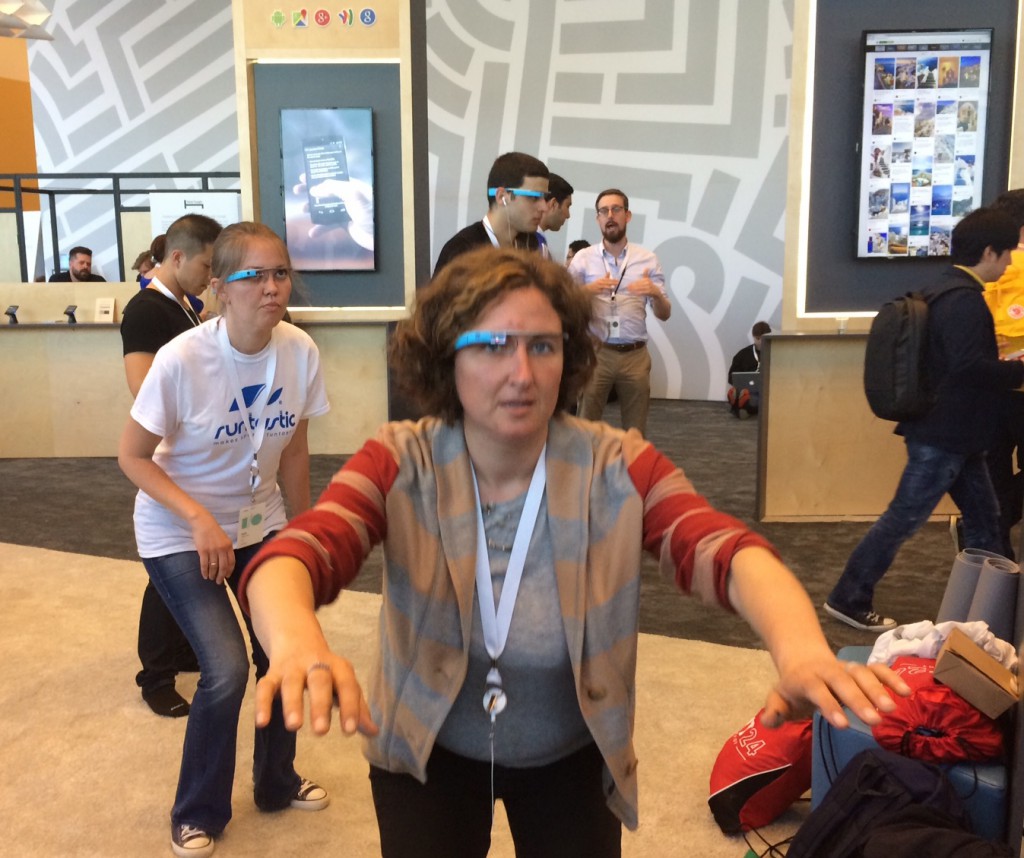 Julie Stanford, Principal
Google Glass counts Julie's squats – and keeps track of her form. Glass didn't figure prominently in this year's I/O, but it did make for the best photo ops.

Since this is Google’s first year of the design track, here’s our one big request: remember that designers’ workflows are different from developers’, and create prototyping tools for designers, too. In order to prototype on the watches we received, we’d need to bust out the full SDK. That’s just too much overhead given the quick, iterative way we work. Looks like we’ll be taping phones to our wrists until wearables allow for the rapid, janky interactive prototyping that will let us get lightweight feedback. Overall, we were impressed with what we saw. Given that this was only the first year of Google’s Design Track, we’re looking forward to seeing how Google will continue to expand and develop it further in the future. 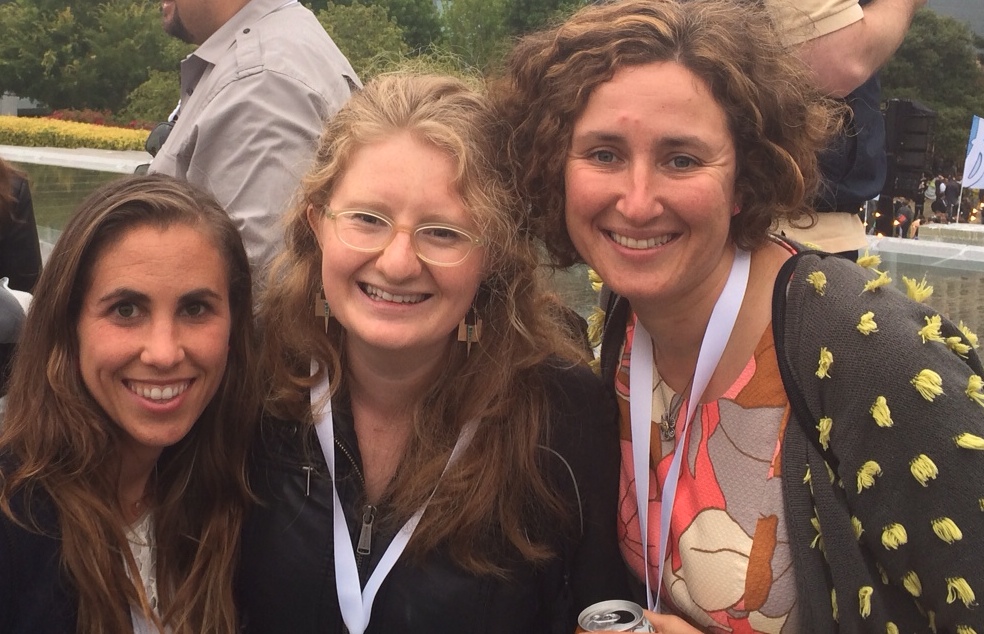 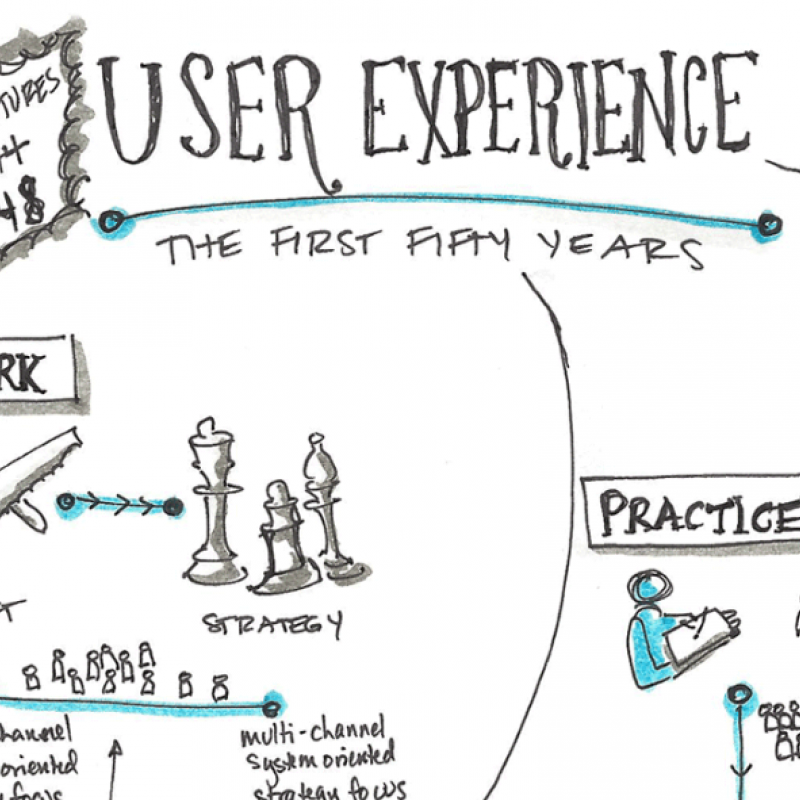 Notes from the Future of UX
Read Transcript
Close