The narrative most people take away from this is that we don’t understand passwords or security in general. “Most Common Password List Shows Shocking Lack of Imagination of Computer Users,” writes the Huffington Post. This massive population of tech-illiterate dim bulbs needs our help, goes the thinking; if they don’t choose better passwords, they’re all going to have their email hacked and their bank accounts drained – and, some might say, serves them right for using “password” as a password. They seriously need to get their act together.

From a designer’s point of view, though, the problem isn’t stupidity, laziness, or a lack of education about security. As user experience designers, we don’t treat users as the problem when a system doesn’t work. If 91% of students failed a test, wouldn't you assume that the test was the problem?

Soon, we’ll be able to do better than passwords, both in terms of security and usability. The best emerging solution may be one that combines elements of passwords, images, gestures and biometrics, as a recent article by Eben Kaplan in Information Security Journal proposes. But right now, we’re stuck with passwords. It’s unlikely you’ll be able to authenticate yourself at the bank by tracing a custom pattern around an image with your eyes while your retina is scanned anytime in the next few years.

But even though we’re pretty much locked into the password paradigm, we can still improve the authentication experience. If you’re thinking through a site or an app, here are a few straightforward design practices you can use right now.

Amazon has no restrictions at all. 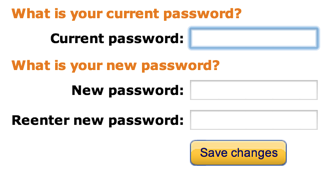 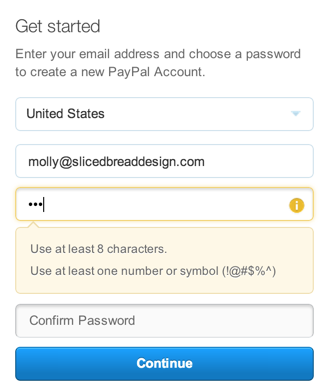 And the California DMV requires... well, see for yourself.

You’d think websites with annoying password policies would feel the sting of user abandonment and shape up. Unfortunately, websites with frustrating, arcane password policies are likely to be the ones you can’t avoid. Researchers at Microsoft found that websites that need to attract and retain users (think Amazon or Paypal) are much less likely to enforce stringent password rules as websites where users don’t have a choice (think DMV).

We want users to pick different passwords for different sites, but we drive them crazy when we constantly switch up the rules. We want them to pick strong passwords, but they frequently don’t (and then we ridicule them). Is it time to give up on passwords? Check out my next post, a designer’s eye view of some emerging authentication patterns. 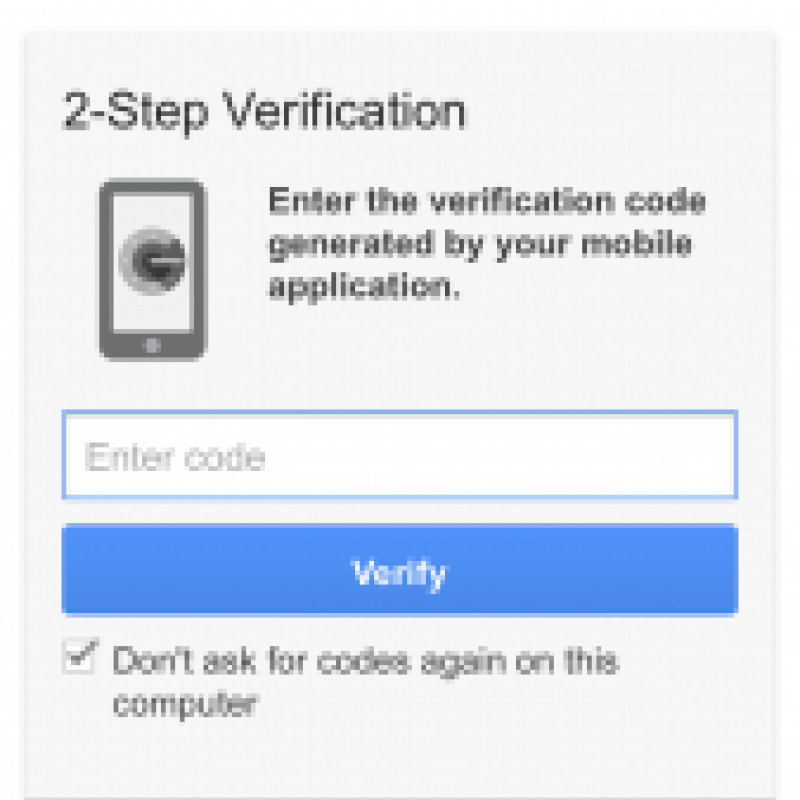